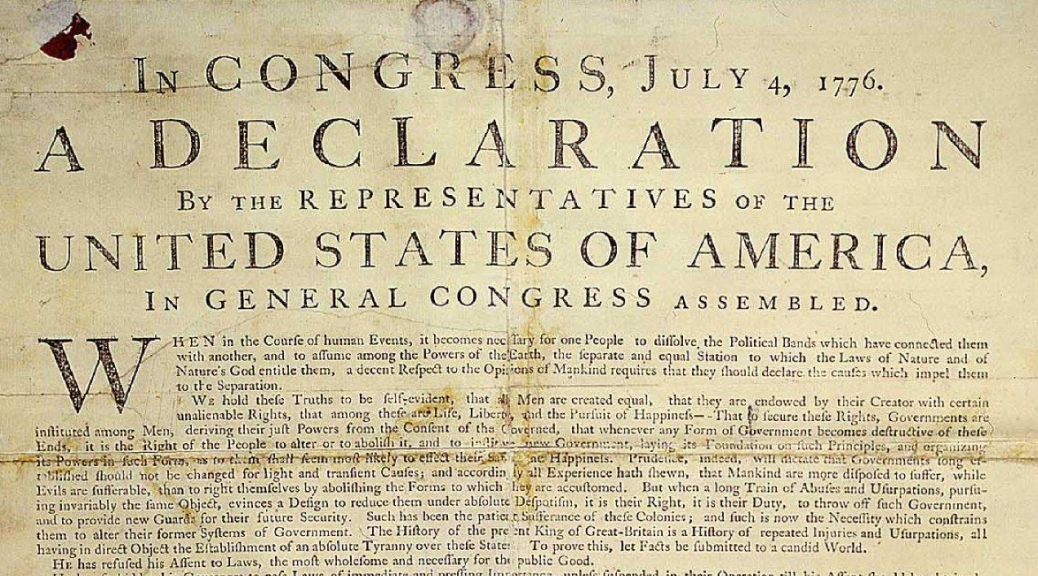 “We hold these truths to be self-evident, that all men are created equal, that they are endowed by their Creator with certain unalienable Rights, that among these are Life, Liberty and the pursuit of Happiness.“

This packet of asseverations is normally delivered by Americans but has been a ubiquitous liberal catechism for more than 200 years. For the sake of brevity, we address each claim in sequence as succinctly as we can.
1. Self-evident. This bold opening sees the authors claim access to a priori truths about the world, without gathering evidence from the world. It’s a brazen opening which defies the work of most analytic philosophy from the last three centuries. One could certainly request a bit more epistemological parsimony from messrs Jefferson et al.

2. Men are created equal. This first, allegedly “self-evident”, “truth” is evidently false. Men (and women) are created un-equally. Being created equal should strictly involve being identical in every way, an exceedingly rare condition which applies to very few pairs and occasional trios of people. A looser definition of “equal’ is also incorrect, as some people are born with congenital defects, diseases, mutations and often they’re born dead — hardly a state one would consider equal to those born live.

3. Men have unalienable rights to life, liberty. A review of the literature quite quickly shows that men’s rights are alienable, if not morally then at the very least legally. Children, committed people, sub-functional cretins, people in comas and those who abnegate their rights every time they strap on a gimp mask and go hell for leather without a safety word are all examples of people relinquishing their allegedly inalienable rights. This fact should have been particularly evident in 1776. To wit, whereas some people were born as descendants of wealthy plantation operating slave owners, such as Thomas Jefferson, and therefore born with massive inheritances and the right to vote and not be molested, others were born as descendants of slaves who worked on said plantations and who could not vote and were molested.

5. Pursuit of happiness. A point of clarification here: this right is also clearly not unalienable, but even if it was the Declaration doesn’t further specify that we will be unimpeded in this pursuit. But is this a right worth mentioning? Have we not also the right to pursue a near infinite list of other states of being too? We find this claim to be, if true, trivial in its consequences.

6. There is a Creator. The entire passage assumes there is an agential, capitalised force which has endowed people with the above rights. Not only is there no evidence to demonstrate the existence of this god, there is also, as we have seen, evidence to demonstrate that even if he did exist, he was singularly inept at endowing people with unalienable rights. We find, therefore, that at best this Creator is a rhetorical flourish from the deistic authors, at worst an impotent demi-god who exists but can’t even uphold said rights, something which is relatively easy for Earthly judiciaries and legislatures, despite their general incompetence.

We hold these postulations to be well supported by evidence, that very few men or women are created equally (identical twins excepted) and that they are endowed by natural evolutionary processes with highly developed prefrontal cortices providing them the capacity to appreciate abstract concepts such as justice and liberty and that being cognizant of these concepts might frequently lead to them wanting to assert some claim to unmolested furtherance of them via rights to life, liberty and the (in all likelihood, unsuccessful) pursuit of subjective states of well-being.