I’m in. In fact on your prompting I finally got around to reading a few of Seneca’s letters. They’re great; one of those things that you know will be good but for some reason you put it off, almost like saving it up for later.

Should one write/create for oneself or others? Perennial question for any artist (and God knows, we’re nothing if not artists) and I agree with you about just trying to make whatever amuses or interests oneself. But… END_OF_DOCUMENT_TOKEN_TO_BE_REPLACED

I propose we start writing letters to each other. The rationale is pragmatic, we both like to write but we tend to do it in tandem. That makes progress slow. Letters meanwhile are necessarily separate. While the rationale is pragmatic my motivation is not. I want to reclaim our habit of dialogue to pre-you-moving-away levels. Usually bouncing ideas off only only one person might be considered a bad thing, an ecochamber. Ours is worse, which has its advantages. END_OF_DOCUMENT_TOKEN_TO_BE_REPLACED 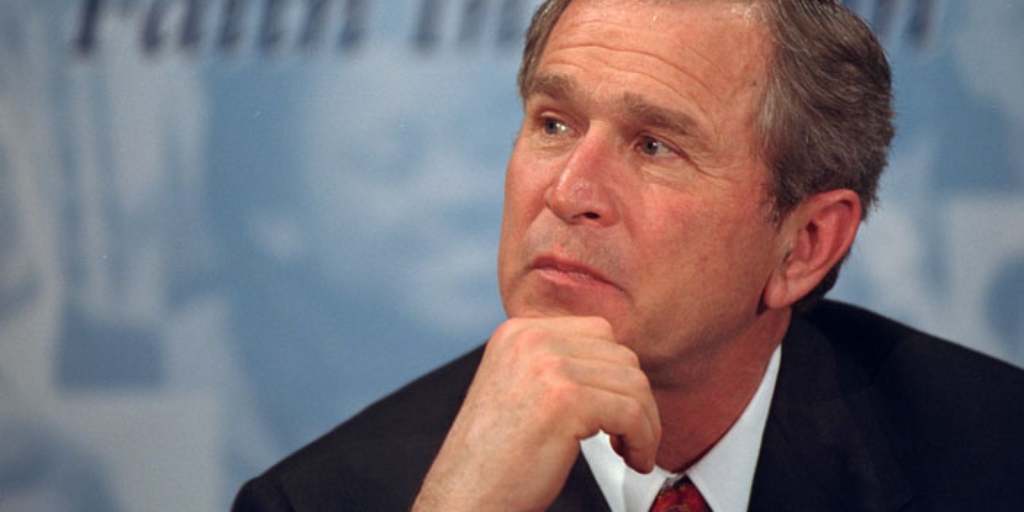 I’ve always thought the big unexplored emancipation or rights movement is helping the unintelligent. Below average intelligence is strongly correlated with poorer life outcomes across many measures. I’m not going all Bell Curve on you here; I say nothing of race or even of the validity of IQ as a single measure of intelligence.  But obviously people with lower cognitive abilities, measured however you like, are at a disadvantage in most spheres of life.

END_OF_DOCUMENT_TOKEN_TO_BE_REPLACED 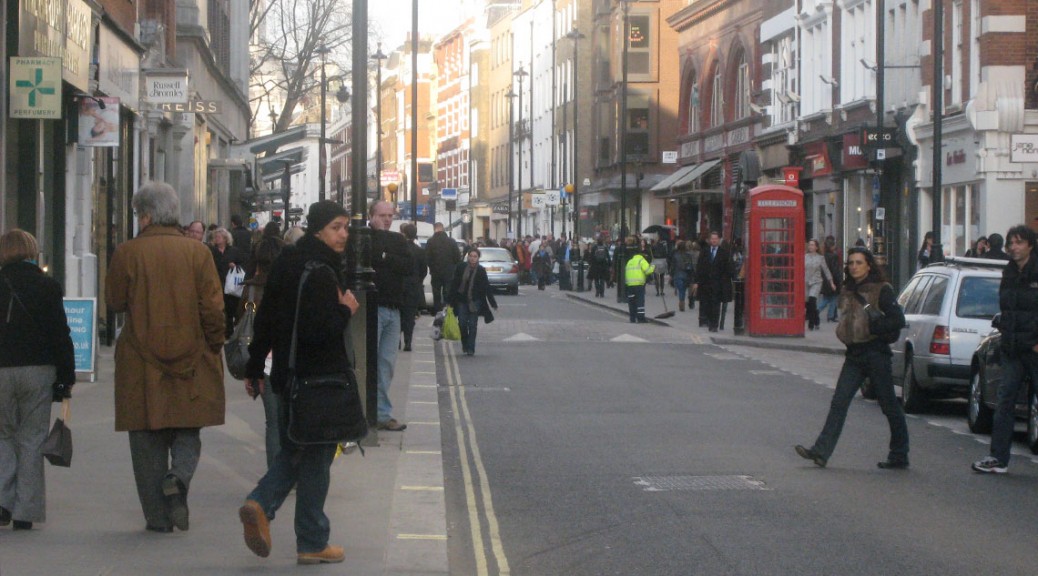 Well, like anyone I started out totally hopeless, a complete vernix-covered liability. Ageing from zero, my beliefs and opinions have appeared and have more or less been in a complete state of flux. I now occupy a position I think is pretty respectable (haven’t I always?). Roughly I’ve moved from nothing to right to centre to left to centre again. Within and between these regions I’ve left a thick, meandering trail from belief to belief, position to position.

Unless you’re crazy or a genius, then it’s true that those things you once believed are believed by others still, at this very moment in time. Like that your country is the best in the world. Like that pop music is good. Like that xrays, radio waves and the light we see are actually all the same thing. All the positions you’ve ever held still exist, held by some cross-section of thousands of people you’ve never met. Strangers you never meet will END_OF_DOCUMENT_TOKEN_TO_BE_REPLACED

I call out victim blaming wherever I see it. Obviously in rape culture the phrase denotes people who offer reasons that women should expect to be raped (what they’re wearing, what time they walk home, whether they were flirtatious, etcecrable). Then it pops up in something like the Adam Goodes affair where people are like, “Well I agree with him but he goes about spreading his opinion the wrong way” as though he was asking for racist treatment by being too forthright in pointing out, well, racism. And then — I might lose a few here — the victim blaming that occurs when cartoonists get shot for drawing cartoons. “They shouldn’t have provoked extremists, the cartoons were racist, it wasn’t even satire, I’m not even a person I’m just this sentence, etc.“ — we did a whole thing on it. Or there are the African-American victims of police brutality who were urged to be more respectful to the police officers who beat the shit out of them. END_OF_DOCUMENT_TOKEN_TO_BE_REPLACED

But we want to influence others’ behaviour through advertising, campaigning, rhetoric.

Yet we ourselves cannot be influenced; we see through spin, can judge for ourselves what we should watch & never get duped by demagogues, commercials, or con-artists. END_OF_DOCUMENT_TOKEN_TO_BE_REPLACED

The fact that some satirists were murdered for drawing cartoons about Islam had a particular resonance for us: some of you might know why. Shockingly, a fair fraction of commentators and satirists themselves started to look at satire as the root cause of the tragedy. We immersed ourselves in all the arguments and decided nothing short of a re-boot of our old article series Perlustrating Asseverations would be in order to debunk this bunk or, at least poke some fun while both sides play cat and mouse over the tragedy. PA is a deliberately wordy series with a name that readers don’t understand and a method of deduction the authors can’t comprehend. And it’s all under the banner of a satire of people’s non-satirical condemnation of satire. Simple.

÷Now, join us as we throw straw men down slippery slopes onto truth-bombs and hope they don’t blow up in our face.

NB These posts were all written well before the more recent attacks in Paris and our publication date reflects our dilatory workflow, not our opportunism.

÷ Religion had nothing to do with the Paris attacks ÷

A commonly issued qualification following the IS beheadings and the Paris attacks was that they were not about religion. President Hollande, for example, said of the attacks on Charlie Hebdo and a Kosher supermarket: “These attacks have nothing to do with Islam.” The warning is presumably an admirable example at trying to militate against xenophobic or bigoted reactions to the crimes. Based on past experience, such fears are clearly warranted, especially in France — but is the statement actually true?

The public debate surrounding the above incident displays a fishy mix of attributions of motive, such that the original offence taken by the gunmen was religiously motivated, whereas their dispensation of vengeance was not. Thus it seems that religion was present as a motivating factor on both sides of the incident (cartoonists† and gunmen†) until the moment of shooting, just as the gunmen† were yelling: “God is great!”. Translation errors aside, this statement contains a strong religious overtone, but it is at this point that God left the scene and was replaced by an atheistic ideology. Then, in the aftermath, God returned in a veritable parousia of blame, as the defining feature of the group being targeted by bigotry i.e., devout Muslims.

Others say that it’s not really a religion that these attackers have, it’s an ideology and they are under its sway. A reading of the ideology in question reveals that it has the following features: belief in an afterlife, a deity, a prophet, a set of moralistic preachings, a demand for others to comply, an apocalyptic vision of the future, a warrant for killing non-believers, a holy text and a mission of bringing about an Islamic religious state, the Caliphate. Despite the scent of religion in these elements, the ideology is still defined as secular. Perhaps this is an inversion of the familiar case of Catholics in Western countries, whose lives are exclusively composed of secular elements but who nevertheless insist their lives are, according to census forms, religious.

Some commentators also claim that we wouldn’t blame religion if the attackers were not Muslims, but of some other faith. We can test this case by substituting in another religion to see if there is some inconsistency. If a Christian went on a rampage and killed people in the name of God, and indeed said he was doing it in the name of Dog, would we say it was religiously motivated? It’s an interesting hypothetical and for it we would need an example of Christians undertaking some kind of violent crusade against non-believers or believers in rival sects. The Crusades, the Inquisition, the Reformation (see Foxe’s† Book of Martyrs), conflict in Northern Ireland, massacres in the former Yugoslavia, or indeed Buddhist violence in Burma, the Sikh violence in India, or the self-inflicted violence of the Heaven’s Gate cult† —  are any of these violent episodes standardly attributed to religion? What about The Wars of Religion of the 16th and 17 centuries? Were they about religion?

A weaker version of the hypothesis is that the attacks are not only about religion. Many scholars, after decades of theological studies, believe that religions are not separable as a cause of strife and violence. A proponent of this view, Reza Aslan, defends it by saying that he doesn’t feel prominent public atheists are qualified to talk about religion, because they have not studied theology to the doctoral level that he has. Such a proposition also implies that 99% of the world’s faithful are also debarred from the privilege of talking about their own religion and Aslan is debarred from talking about the 99% of topics on which he doesn’t have a PhD; such ideas lead to absurd logical conclusions redolent of the very stuff of this column, but do at least confirm Wittgenstein’s† notion that even if a lion could speak, we wouldn’t understand him.

If we think that religion is a shroud for the actual causes of events, then we also need to be sceptical of other actions taken, allegedly in the name of religion, such as praying in a church or mosque. The same degree of incredulity should be levelled at anyone attempting to depict the Prophet Muhammad† — is it really about religion? Possibly not. Is this satire of satires about religion, about religion?

Ultimately we find something attractive in not attributing the cause of anything to religion, as it leads to the inescapable deduction that religion was not the cause of Muhammad† dictating the The Quran÷ and the ultimate conclusion that God cannot have caused the world to exist: atheistic pronouncements that, ironically, would anger religiously motivated extremists — if there were any.