In 2009 I went on a trip to Europe. The year before I had read the life-turn-upside-downing 4 Hour Workweek and made a bunch of friends from all around the world. The ironclad arguments in the book had a year to stew in my mind. My friends, having graduated and left Australia, were one year into the rest of their lives. While the book was mulling and my friends were milling I was questioning whether academia was for me.

It was quite a trip to determine the direction of one’s life; the lifescape I was presented with over those two weeks was as diverse as one could bear. One started a career they still hold, one was starting PhD, one was dealing with a terminally ill family member, one had to force me to tightrope-walk a highway curb under construction in the middle of a still-running busy highway just to avoid gypsy taxis in Romania, one had lots of money but complained of having no meaning, more than one had relationships turn upside down. The whole time I had The Cat Empire’s The Car Song stuck in my head. The whole time.

In the precious moments that song wasn’t blaring, my mind was capable of expertly argued justifications why the structured path of academia was “optimal”, but my gut was bubbling at me it wasn’t real enough – or something, the gut is never as coherent as the mind. The ivory tower was super attractive, but it kinda felt, I don’t know, thin? But after weeks of painful deliberation, no matter how I cut it, I couldn’t honestly say I’d have been a net benefit for the world after costing $4M of taxpayer money to produce papers.* Well that’s not quite true. My mind was capable of justifying but it was incapable of quelling the ol’ bile dump.

There are degrees of survival pressure. To take pure examples from stories, an example of little to no survival pressure would be the tower-kept sheltered prince. An example of the opposite would be Rick Grimes in a zombie apocalypse. Each extreme disgusts us in a different way. One is necessarily brutish, dirty, untrustworthy and cutthroat while the other invariably descends to be weak, saccharine, hoity and naïve.

What’s the goal? Do we want raise everyone to a white prince? We certainly don’t want everyone to be a Rick Grimes.

I believe that as humans we are subconsciously aware of the sweet spot between these extremes, and that that’s because a balance of these is the optimal strategy. I’m aware how loose and psychological this sounds, but if we have any pre-programming in our brains, surely programming around survival itself would be up there. The prince is free to be creative but is fragile, swept away (or adopting your colourful language “slaughtered”) when foundations shift. Rick Grimes can look after himself, but can’t progress at all, what with all the M16s of Damocles about the place.

The gut is a survival compass. It drives Rick Grimes’ to still get up in the morning even though it’s probably hopeless, and it makes restless those princes who have everything. Following that compass stirs life into being. This is all hardly new. As you said the elite have been milling about since the beginning of time, while the workers were doing actual milling. The inevitable “slaughter” that wipes out the aristocracy is merely a failing dike that once obscured the years of ignored reality at bay.

It’s true western societies are more tower-like than any other.** The idea that we need a new ethic to guide us is, I think, naïve. It’s the exact kind of thing someone in a tower would think.

We are asking the same questions as our ancestors just from loftier towers whose foundations stand in the same ancient soil. The question was originally of man vs nature, then chaos vs order, then god vs devil, then reason vs passion then head vs heart, to our 21st century picture of a biased but rational brain vs mood-determining gut biota.

Rather than implement an artificial moral or economy to finally crush the spirit of our gut so that people can live “meaningfully” in constructed towers, we should use our knowledge to eliminate true suffering and orient our civilisation to give our people the gift and respect of real problems to solve – at least we’ll solve real problems doing it.

* 30 years at average cost of $130k/yr. A solid underestimate for an average academic. Taxpayers have already paid me $130k to do my PhD.

** Though ironically I think democracies are the most real system. Our political system works so well because it succeeds more than other other in communicating reality up the chain. That’s my reasoning for why modern democracies are more real than the god-kings and their administrators. The irony is that intellectuals are stumped as to how democracies manage to survive despite all the mess, while in reality they survive because the mess is aired.

I realised after I sent the letter that I might have been wrong to say you dismissed it because it was Jesus. What I meant to say is that you dismiss it because it comes from a religion. Ex Schola would have been the better phrase to use, but because it’s less pretentious it’s less fun to say in a letter.

It’s absolute madness that fundamentalists think The Bible is perfect. And the exact opposite to this, which is to think it’s perfectly and absolutely flawed, is also madness. If you had never heard END_OF_DOCUMENT_TOKEN_TO_BE_REPLACED

Apologies for lateness. This time my excuses are: homelessness and food poisoning.

Thanks for the comments on my hastily drawn up golden rule for politics, namely: END_OF_DOCUMENT_TOKEN_TO_BE_REPLACED

There’s a lovely power law at work here, a kind of self-similar Sturgeon’s law. Most governments are END_OF_DOCUMENT_TOKEN_TO_BE_REPLACED

I disagree with your conjecture.

Most new conjectures are wrong. That’s definitely right. But I disagree that the inverse holds: that therefore more old ideas are right. I think there are selection biases that you’re overlooking that are present in social and political domains that aren’t as relevant in science. Deutsch’s ideas about conjecturing apply across the board but scientific institutions are better tuned for this than political ones. In science the old ideas that are held onto, provisionally, are rightly favoured because they’re likely to be erring towards truth because they faced strong tests when they were adopted; new conjectures are more likely to be off the mark but you keep throwing stuff up and eventually you land on an improvement.

In politics there is way more inertia, way more bias towards conservatism and fewer norms for accepting new theories when they hold up to evidence. In politics a new, true idea may well have absolutely no chance of ever being accepted, merely because it conflicts with people’s intuitions, cognitive biases, animal spirits, tribalisms, etc. END_OF_DOCUMENT_TOKEN_TO_BE_REPLACED 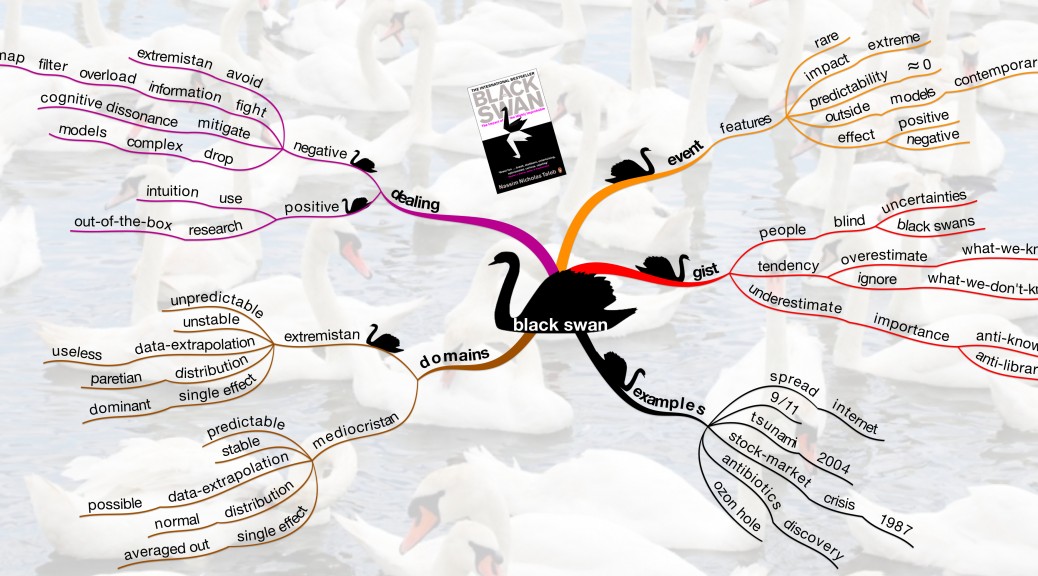 To take Nassim Nicholas Taleb seriously one first needs to unsubscribe from his Twitter feed, then un-like him on Facebook and then read his books, especially Antifragile and Black Swan: his daily output is somewhat erratic, whereas his books are quite profound. END_OF_DOCUMENT_TOKEN_TO_BE_REPLACED

The conviction of the six Italian scientists in October 2012 raised the hackles of scientists and rationalists everywhere, fearing a repeat of the trial of Galileo. As the facts of the case were translated into English for the world’s press to laugh at, we learned that the case was not just a matter of the judiciary bowing to the pathos of the grieving families and delivering a sentence that sounds like something out of a reverse witch trial: the scientists will be imprisoned for not being able to predict the future. END_OF_DOCUMENT_TOKEN_TO_BE_REPLACED